Why train with the Upledger Institute curriculum?

What is the educational process with us? What support you can find here? These pages will tell you about our educational program, the philosophy of our training, what are the prerequisites to begin, what is the core training and what other courses are available for you. You can also find out about exams and certification process. But let me ask you first...

Do you know the benefits of our training?

A lot of people come to our workshops, from a wide variety of professional background. Some of them find us because they have found there is a limit in their other practices and they want to find new tools to help their clients. A great portion of participants in our workshops are persons who have experienced tremendous change in themselves or their loved ones through the CranioSacral Therapy and want to be able to offer that to others. Finally, a big portion of the people who participate in the seminars are professional that they want to develop their abilities and competency in what they are doing, so they can have a comparative advantage from their peers.

How CranioSacral Therapy will change my practice?

The CranioSacral Therapy, the way that Dr. John Upledger teached us, has a fundamental difference from the other therapeutic approaches.We learn to listen to the tissues by touch and we follow them as the inner wisdom of the body knows better how to heal itself. In other therapeutic approaches the therapist learns how to "fix" the problem or the issue of the body. We see ourselves as the facilitators of the healing process, and we respect the body of our patient/ client listening and following the tissues, allowing them to express and maybe even release. Often, after a session, our patients say session that this was the first time that somebody really listened to them. CST will refine your ability to palpate the body and youor trust in your work, while it will take away the need to 'fix' something or the need of controlling the outcome of the session. Another part of our job is treating the connective tissue within the cranium and the spinal cord and the fluid that surrounds the brain and the spinal cord. In that way, we will focus our work in parts of the body that never have been addressed before. Often practitioners find that the CST work can bring tremendous change in the daily life of their patients, when chronic pain or other symptoms disapear, bringing improvements in functioning and wellbeing on many levels.

Why train with Upledger Institute?

Dr John Upledger is the developer of CranioSacral Therapy. His investigation into the field of cranial manipulation was prompted by an observation of a dural membrane rhythmic motion during a patient’s neck surgery in the early 1970s. After much research, Dr. Upledger theorized that cranial bones allowed for movement into adulthood – a concept previously accepted only for infants. Dr. Upledger's curiosity on this controversial position led to his work with a team of anatomists, physiologists, biophysicists and bioengineers at the College of Osteopathic Medicine at Michigan State University where he served as a Professor of Biomechanics and clinical researcher from 1975 – 1983. They were tasked with proving or disproving the basic tenets of cranial manipulative techniques: the movement of cranial bones. By studying fresh cranial bone specimens and employing various testing means, Dr. Upledger's team confirmed the existence of cranial bone motion and attained precise measurements of the frequency and amplitude of cranial bone movement. Techniques for evaluating and treating the dural membranes were developed largely by Dr. Upledger and distinguish CranioSacral Therapy from other cranial techniques. Dr. Upledger actually coined the now common title “CranioSacral” Therapy.. He published the first book on CranioSacral Therapy in 1983 and four more text books, over the years, continued to share his innovative ideas. SomatoEmotional Release is the name he gave to a part of the work which is a new branch of the CST, but it is not different from CST. But "Dr. John" didn't stop his efforts to help vast numbers of people in doing treatments by himself. So, in 1985 he founded The Upledger Institute, to continue advancing and spreading the word of this effective, light-touch modality to healthcare providers worldwide. The courses have been designed primarly by him, then tried and tested for many years. Adjustments are constantly being made and the breadth and depth of the curriculum continues to expand organically. ​The Upledger Institute has spent an extraordinary amount of time, effort and money on the development, promotion, education and sponsoring of CST worldwide. Dr John trained many people to teach this work, and the training of teachers continues, is rigorous and in depth. People all over the world have found something in this modality that keeps them training, bringing the courses to their country and being shared with professionals and healthcare practitioners from Sweden to South Africa, from Florida to Taiwan, Greece and back again...! THIS WHY we think there is VALUE in training with Upledger Institute. In the following peage toy will find out HOW we do our training generally: Our Philosophy 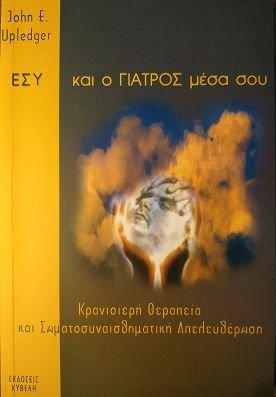